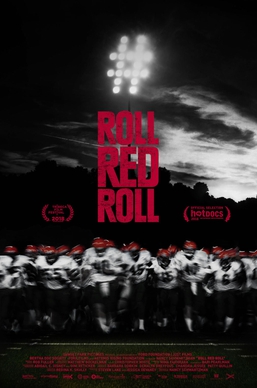 In 2015, crime blogger Alexandria Goddard agreed to write an essay for my collection of women’s stories about being dropped by their close female friends, and Goddard allowed me to interview her for the anthology. Had it not been for Goddard, the rape would never have made national attention and the award winning documentary “Roll Red Roll” would never have been made. Given the nature of the town of Steubenville, Ohio, a town devastated by the loss of jobs and self esteem, we see how it turned to its high school football team, the only source of pride it had left. We see a classic situation of shredded male privilege and the anger that accompanied it when that privilege is called into question. Goddard had been sued, threatened, and when she mentioned the essay in my book, people from Steubenville threatened to sabotage me as well.

Sixteen-year-old high school student “Jane Doe” was raped in August of 2012 by Trent Mays and Ma’lik Richmond, high school athletes, in the foot- ball town of Steubenville, Ohio. She was unconscious at the time. The athletes and others documented the rape and degradation on their cell-phone cameras. The photos went viral. Crime blogger Alexandria Goddard, who had once lived in Steubenville, brought it to national attention on her blog and was instantly vilifed and discredited, as described in this article by Katie Baker from http://www.jezebel.com, “We Wouldn’t Know About the Steubenville Rape Case if it Wasn’t for the Blogger Who Complicated Things”.

The Steubenville story, in all its complications, was picked up by the New York Times, 20/20, Dr. Phil (“Football, Booze and Bad Behavior,” 1/17/13) and later by Rolling Stone in the article “Anonymous vs. Steubenville” by David Kushner, on 11/27/13. In April of 2014, Brad Pitt bought the rights to make a movie about Deric Lostutter, a member of the hacker collective Anonymous, who along with Goddard had originally pushed this story beyond the small-town attempts at cover-up and into the national consciousness.

Some might say the whistleblowers have been judged and treated more harshly than the rapists themselves. Much of the town considers itself the “Big Red Nation,” the fan base of the football team in a town that has fallen on hard times and has little else for residents to a liate with. At the time of this writing, Lostutter faces more jail time than the convicted boys. Goddard has been sued, and her reputation and safety have been repeatedly threatened, as she describes in the blog post on her site: prinnieed. blogspot.com, 1/14, Why Steubenville Matters.

And she was betrayed by one of her oldest friends. As a preface to her essay about this friendship, I interviewed Goddard:

Alexandria, I started following you when you were speaking out against the injustices of the rape case in Steubenville. When you spoke of losing friends because of your commitment to bring national attention to this crime, I knew I had to have you in my book. What prompted you to take this risk?

What prompted me to take the risk was the absolute outrage I felt at some of the online discussion regarding Jane Doe, which started almost a week prior to the arrest of the two juveniles. I was disgusted at some of the comments being made about the victim, and the number of individuals who immediately began making accusations that the only reason this was an issue was because it involved Steubenville High School athletes. It seemed everyone in town was talking about this, and the chain of events was documented on Twitter, yet no one had called the police themselves to report it. It was only reported after Jane Doe’s family was made aware of the online evidence. The absolute absence of bystander intervention shocked me, and the victim blaming tore at my heart.

You speak in your essay of the code of silence, the omertà, but did you ever think that it would ever happen that your friends would turn on you?

I always felt that I was taking this risk, but I thought that those who knew me would not be surprised, as I was always someone who voiced my opinion—whether it was the popular one or not. I was honestly very surprised when I started seeing posts online directed to me from people that I once considered close friends.

As I reread these articles and blog posts describing what you went through, I am struck by how much the attacks on you parallel how quickly the public jumps to condemn and blame the victims in cases such as this. I wonder to what degree that a ected you?

The online attacks by family and friends of the “Big Red Nation” have been very traumatic at times. Not only have I been maligned and harassed, but also my family has been subject to bullying, and worse, as I talk about in my essay. There is a parallel regarding victim-blaming and condemning the victim

for speaking out. The actions of those who victim-blame and condemn others who speak out are based on the desire to silence voices that refuse to be silent.

Who besides the friend you write about in the essay—let’s call her Kathy—dumped you? Was Kathy the worst? The least expected?

Yes, Kathy was the worst. There were two others who were equally as shocking—especially an older woman who I was once very close to. I looked up to her and valued her opinion as an elder. Both of their behaviors were very hurtful. There are a few anonymous Twitter accounts who claim to be family of some of the boys, who they claim were “innocent.” They have made it a point to use intimidation. One account had a banner that used my nickname and said Run Prinnie Run. When Kathy posted my address on Twitter, I was absolutely shocked and as a result packed the car and my two dogs and headed for Ohio. I have come to the realization that allowing them to intimidate me gives them power, and I have decided that I don’t care if they know where I am. They would be really stupid at this point to try to harm me.

What other losses did you experience as a result of what I would consider true bravery on your part?

I left California in a terror. That to me is the ultimate loss, because I loved the desert. I do plan on moving back to the desert eventually.

Can you tell us about the lawsuit and the silencing? You do not seem a woman easily silenced.

When I was sued for defamation of character, I was advised by counsel to stop speaking about the case and not to do interviews. I still used Twitter, but I didn’t speak of the case. It was diffcult to do because I had a lot to say about the Saltsmans [the family of one of the tweeters who posted photos of the victim, but was not one of the rapists] trying to silence people about the case.

You were mentioned in an article in Rolling Stone about Brad Pitt optioning to buy the Steubenville story. What is new with that? And did you ever think you would be connected to a Brad Pitt project?

I have not had any conversations with Brad Pitt or Plan B Entertainment.

I never in a million years would have believed this case would have the social impact that it has. I always thought that this would end up a Lifetime movie, but never dreamed that Brad Pitt would be interested in the story. I hope that bystander intervention becomes a discussion in the movie, as I believe educating the public to be an “upstander” rather than a bystander is very important.

Has there been any reconciliation with Kathy or any of the others?

No, there has been no reconciliation. With all that Kathy has done, I’m not sure that I could ever consider her a trusted friend again. I don’t hate her, but I realized that I obviously have nothing in common anymore with the person that she has become, and I’m okay with that.

Would you do it again?

Absolutely. I will never stop standing up for what I believe in. It’s my nature. Sometimes it doesn’t make me a very popular person, but I’m okay with that, too.

Alexandria Goddard is the creator and editor of Prinnieed.com and is noted for breaking the Steubenville, Ohio rape case story. She has worked for over twenty years as a legal assistant with experience in fraud analysis and risk management. She is a former volunteer guardian ad litem-court appointed special advocate for the juvenile court system and the owner of Xander Business Group, Inc. which provides consulting services based around the monitoring of jurors, witnesses, and testimony impeachment, using social media as an investigative tool in the legal process. She has donated hundreds of hours to educators and others to promote awareness of bystander intervention, and assists veterans groups in the investigation of military stolen valor.

This interview and Alexandria Goddard’s essay by the same name appeared in Nina Gaby’s “Dumped: Stories of Women Unfriending Women” published by She Writes Press in 2015.